To build an American-style hot rod using a flatbed truck made in the German Democratic Republic – and to do so if possible with almost no money. Is that possible? I took up the challenge. The basis was a Framo V901/2 made in 1960.
Framo? The first vehicles made by Framo rolled off the production line in 1934 and, following the division of Germany into two parts, the GDR continued to produce flatbed trucks and station wagons developed from the pre-war models. Subsequently, the company was renamed VEB Barkas-Werke.
The decision to use a Framo as the basis came about because, in principle, it is made just like a pre-war vehicle with a ladder-type chassis, bodywork with a wooden frame, etc., and is or was relatively inexpensive to purchase. Mine cost € 300 Euro and was everything but a well-cared for classic vehicle.

The bodywork eaten away by rust, the axles worn out, the engine seized. But that wasn’t so bad because the 28 hp two-stroke engine was not nearly powerful enough for the project planned.
The first step was to restore the bodywork or, rather, to create an almost completely new body using the bits and pieces still in existence. The wings and the bonnet were extended by 20 cm, the ventilation slots on the bonnet replaced by bottle openers.

The roof was cut away from the cab and the rotten wooden frame reconstructed using square tubing. The windscreen frame and glass came from the rear window of a VW Bus.

A VW Beetle sacrificed its front for the back. The rear wing was originally fitted to a Volvo PV. Thus, step by step, we created a harmonious body by working innumerable hours.

And not everything that is fitted to the hot rod was originally made for vehicles. For example, a mural made of pressed copper formed the basis for the dashboard. The steering wheel came from a VW Karmann Ghia, the speedo from a Ford P5.

Naturally, nothing of the original drive chain was used. And that was also a challenge – an ongoing one because the vehicle cannot yet move under its own power. The axles were replaced by a front axle from an Opel Kadett, the rear axle came from a Volvo PV544. The parts for the steering have been put together from a variety of vehicles. The master brake cylinder, including pedals, came from a VW Bus. The power plant will be a Volvo 240 engine with a displacement of 2.3l and a 116 hp output, the ancillary parts of which have had to be modified so they fit in the undersized engine compartment.

Incidentally, the rusty look is deliberate. The vehicle should look as if it has spent decades in a barn and the bodyworks as if it has rolled off the production line like that. Only the modern DOTZ aluminium wheels indicate that it not all is as it seems.

The ‘EuroHotRod’, as I call the project, had its first public appearance in the Blogger Lounge at Automechanika Frankfurt 2014. Even then, it was possible to imagine what the finished vehicle would look like.

It was also to be seen, with additional modifications, at Techno Classica 2015. 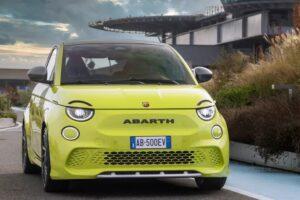 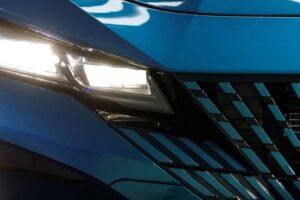 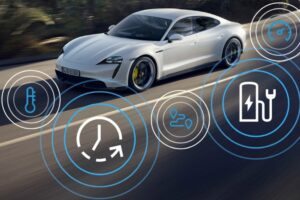